I haven't posted in a while and I apologise for that. I know people have left some lovely messages in the comments of  my last post and I thank each and everyone of you for that. However,  I can't put my finger on what is wrong other than my Blogging MOJO has left the building along with Elvis. 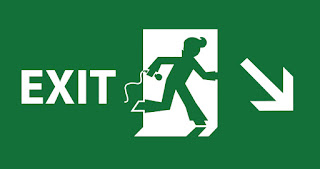 I suppose you can liken it to writers block, quite often I would see a situation or have an experience I believed would make a good post but once I got the computer out the inclination left! I've commented  on various blogs and I've emailed some people personally. But blogging become a chore and with my SAD I just couldn't face it. Thanks to a few sunny spring days and my beautiful Bertie I feel myself looking forward,  and able to deal with some 'crap' that's landed at my door. More about that later in the week.
Hubby's boss phoned at the weekend telling him he should 'self isolate' as they know he is in an at risk group. His immunity has been compromised as a result of the last 40 years as a  type 1 diabetic. He only works 2 days a week and has been told he will be paid. So we are fortunate. There is a confirmed case in the nearby town so it only a matter of time before its upon us. 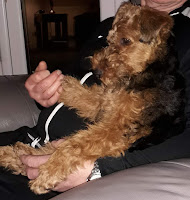 So this morning I thought I would venture to the shops early to get a few bits (milk, puppy food and lettuce) to enable our isolation. How stupid am I.....don't answer that! Lidl looked like a bomb had gone off in the centre of the store with pallets everywhere, staff weren't attempting to empty them as they were busy at the tills. Long queues of people clutching a 4 pack of toilet roll snaked around the shop in every direction. No 6 pints of milk, no puppy food and no lettuce. So I went to Tesco and it wasn't much better there. I did get 4pints, puppy food but no lettuce. I've never seen so many empty shelves. Every piece of chicken was gone, pet food decimated and there wasn't a tin of veg or soup to had anywhere. 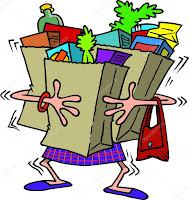 Thanks to the Brexit fiasco and my inability to refuse a bargain, my cupboards and freezer are well stocked. I can at least forgive myself for over spending in January. So although I'm not guilty of panic buying, I do believe we may have some strange meals over the next few weeks but we won't go hungry. I know this is uncharted waters but things do seem to have gone a little crazy.  The shelf stacking staff in Tesco were saying they will be sent home early as the shop warehouse is empty. Nothing to put on the shelves until the next delivery. Whats it like where you are?

Yesterday I picked out all the good size white potatoes I had stored in the garage as I knew it wouldn't be long before they were sprouting.

I scrubbed them, rubbed them with a little seasoned oil and wrapped them in foil before packing them into my slow cooker. After 1.5 hours on high I turned them over and switched to low for a further 2 hours and they cooked lovely. 4 went in the freezer and 2 were left out for tonight. They will be served with a veggi burger and salad made with the  small chunk of lettuce I have left. I've scribbled down a menu for this week and have prepped stuff in advance. If I can keep 4-5 days ahead with my food plans I can stretch stuff I get low on.

Well thats all folks. I will be back soon. Take care. x